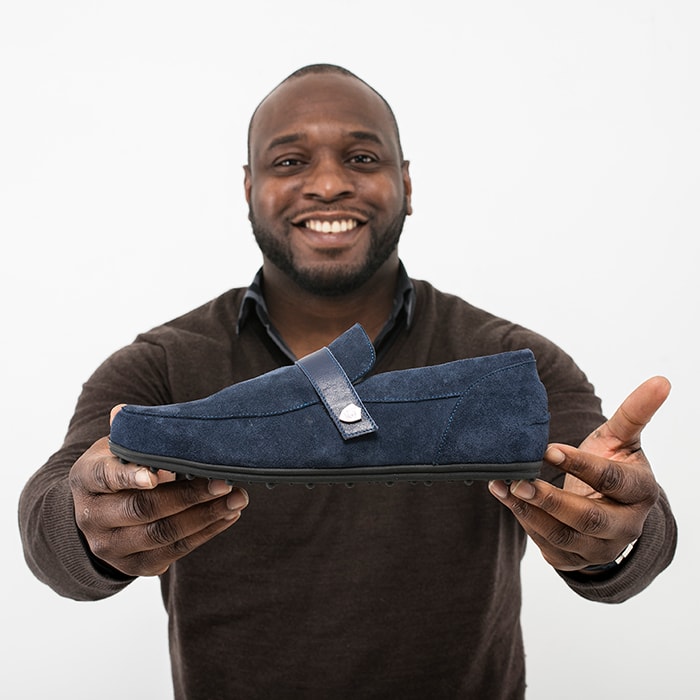 The Story of Eze, Founder of Leather + Cotton London

Growing up as a child in a large family with five clothes-loving sisters, Eze was naturally inquisitive about fashion and his mother was also keen for him and his siblings to be creative, so they often spent time drawing and making crafts together.

At school he excelled in arts, but also discovered a love for sports - especially shorts sprints, which were his forte. As a teenager he became more interested in developing his own sense of fashion style too, and he found that his friends liked his looks and were keen for him to help them dress fashionably too, so he often played ‘stylist’ for them.

He left home and went off to university to study performing arts, but still had a love for fashion and made t-shirts at university which he sold to other students to make extra money.

Following university he left Nigeria and came to the UK. Unsure of where his qualifications would take him he applied for jobs that matched in with his interests, and so his first ever job ended up being retail in Dorothy Perkins on Oxford Street, London, working in the changing room area. Often customers would ask for his advice when trying on outfits, and he soon became known in-store for helping style customers, sometimes taking them around the store to suggest looks, and there were often a few customers waiting for his advice when the store opened each day.

Although Eze loved working in retail, he also felt the need to travel and to learn new skills so following on from his first job he worked in a few different roles, including for a media company in Belgium, as a part-time Journalist, and he also traveled around Europe too. Upon returning to London though, Eze realised he’d been rather drifting, no role had been completely fulfilling, he wanted to express himself creatively but as yet the way in which he should do so had eluded him.

He was working odd night shifts and would get an Evening Standard newspaper on the way home from his shifts, look at the adverts for different jobs and new career ideas. Upon seeing an ‘enrol now’ advert one day, he felt compelled to do so… it felt like a message… he stopped off on his way home, walked into the University of East London and said he wanted to enrol. Put his finger on the list of courses to select one and that’s how he ended up – enrolling as an adult studying arts.

In the first few months he got an email, a competition looking for 11 or 12 people with brilliant, creative ideas. He ignored it the first day because he didn’t think he had anything to offer, however on seeing a second invite, he thought he should apply.

An immediate reply from the organiser of the event told him he wasn’t successful but she wanted him to have another go, Eze realising this was an opportunity not to be missed, concentrated on a concept he had been daydreaming about, the idea of creating his own shoes, and how he wanted to make the best shoes in the world, and after it got submitted he was stunned to find out he had been selected out of 200 other applicants to pitch his idea to a business board in Canary Wharf.

Each person was given 2 minutes to pitch their idea. Eze just talked – no flashy business cards or Powerpoint presentation, just passion and creative on-the-spot thinking. That night Eze had the most vivid dream, the ideas of the day swirling round his head… he saw the shoes, the designs, upon waking he knew he must turn this dream into a reality.

A week on he got an email which invited him back to discuss his ideas with the Barclays Team. This was his chance, he put together a small business plan with the ideas from his dream. Barclays agreed to help, putting him in touch with a designer who could help him make prototypes, a mentor who could help him get investors to put the shoes into production and assist with financial planning. Eventually he managed to secure investment, set up the company name, copyright his ideas and found a factory in Portugal specialising in luxury leather shoes who would work with him … it was all coming together…

All the elements from his childhood, being creative, helping his friends, his love of sports. How could he make a design that combined everything? 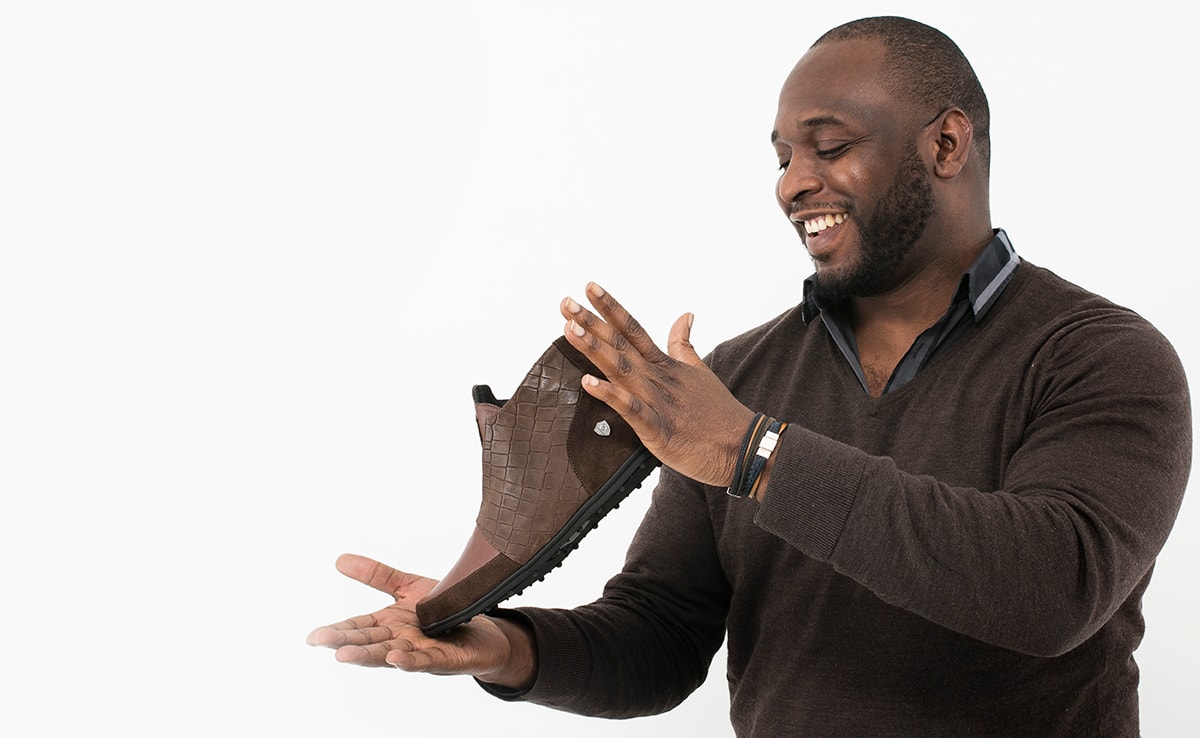 Eze concentrated on bring these elements into the shoes and the brand, for example, the sole has stubbs for running on the sole which represent the spiked shoes a sprinter would wear. For four years Eze worked on his brand, he kept it a secret from friends and family – he wanted it to be perfect for when he was ready to launch.

He wanted the brand to encompass his journey too – to represent his struggles, tears, blood and sweat in trying realise his dream. The logo with the wing and shield represents to him the rising of something new, but also protection and guidance.

And so Leather + Cotton was born.

Eze has found his calling - the joy and the pain of setting up the company, of the long process of realising his designs, of working all of the other jobs and feeling unfulfilled creatively … all forgotten at the proud moment he picked up the first ever pair of Leather + London shoes off of the production line. These shoes truly are #soleswithsoul.